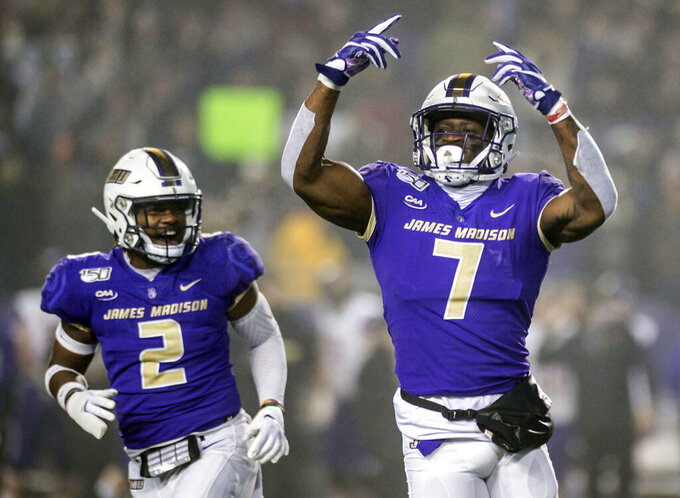 HARRISONBURG, Va. (AP) — Percy Agyei-Obese ran 33 times for 124 yards and a touchdown and No. 2 seed James Madison dominated defensively in a 17-0 win over Northern Iowa in the FCS playoff quarterfinals on Friday night.

Northern Iowa (10-5) had 58 yards of total offense through the first three quarters and did not cross into James Madison territory until the final drive of the game with less than two minutes left.

The Panthers drove 55 yards on 11 plays before turning it over on downs and the Dukes ran out the clock, finishing with a 346-114 edge in total offense.

Northern Iowa had seven first downs, three on the final drive, and went 2 of 12 on third-down and 0 of 2 on fourth-down conversions.

Ben DiNucci was 19 of 28 for 157 yards, one touchdown and one interception for James Madison.