A look at Vince Dooley's career and accomplishments 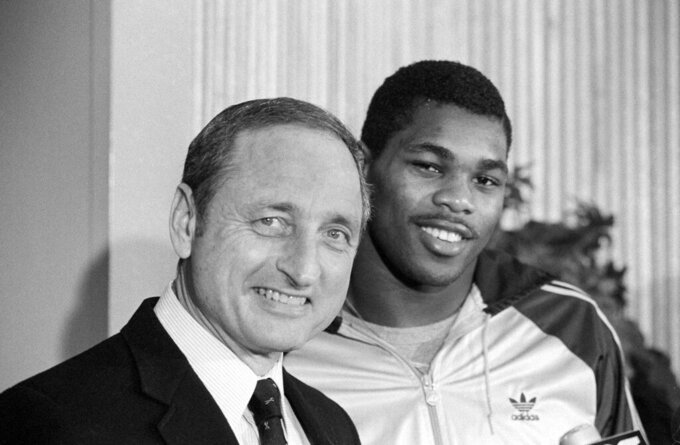 FILE - Georgia running back Herschel Walker, right, brings a smile to the face of his coach Vince Dooley as he announces that he would play football next year at Georgia rather than the USFL, Feb. 8, 1983 in Athens, Ga. Vince Dooley, the football coach who carried himself like a professor and guided Georgia for a quarter-century of success that included the 1980 national championship, died Friday, Oct. 28, 2022. He was 90. (AP Photo/Joe Holloway Jr., File)

Best Season: Led the Bulldogs to their only undisputed national title during the 1980 season with a team led by freshman running back Herschel Walker. Georgia capped a 12-0 season with a 17-10 victory over Notre Dame in the Sugar Bowl.