No. 11 Oklahoma St. looks to continue climb vs. Arizona St. 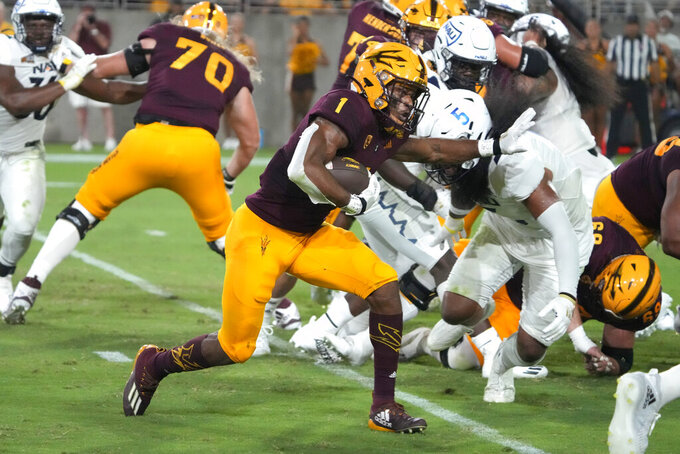 Arizona State running back Xazavian Valladay (1) runs the ball against Northern Arizona during the first half of an NCAA college football game Thursday, Sept. 1, 2022, in Tempe, Ariz. (AP Photo/Rick Scuteri)

Line: Oklahoma State by 11 1/2, according to FanDuel Sportsbook.

Oklahoma State is trying to keep its momentum going. The Cowboys ended last season with a win over Notre Dame in the Fiesta Bowl and started this one with a victory over Central Michigan that gave coach Mike Gundy his 150th coaching win. Arizona State seeks its first win against a ranked opponent since October 2021.

Oklahoma State: QB Spencer Sanders. The senior leads the nation in total offense after producing 463 yards and six total touchdowns in the opener. He passed for a career-high 406 yards and four touchdowns and rushed for 57 yards and two scores.