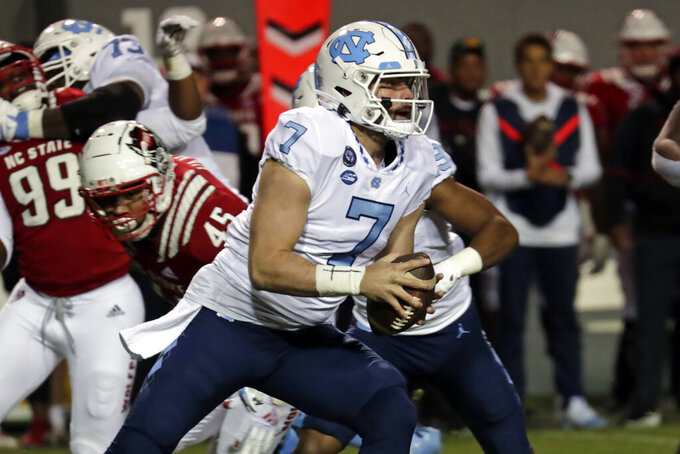 North Carolina: QB Sam Howell has passed for 2,851 yards and 34 touchdowns while rushing for 825 yards and 11 scores. Led fourth-quarter drives of 98 and 95 yards in his college debut, the 2019 opener against the Gamecocks. It could be the pro prospect's college finale.

North Carolina: Opened the season ranked No. 10 but wound up losing two of its last three games by a combined seven points. The biggest win: 58-55 over No. 20 Wake Forest on Nov. 6 after overcoming an 18-point deficit.

South Carolina: Produced wins over Florida and Auburn — both having down seasons — in Shane Beamer's first year as head coach.

North Carolina is 1-3 in Charlotte bowl games and 15-20 all-time in the postseason. The Tar Heels have lost four of their last five bowl games.

South Carolina is just 9-14 in bowl games but has won five of the last seven. The Gamecocks have played five games in Charlotte since 2011, going 3-2.