Saban's new deal worth at least $84.8 million over 8 years 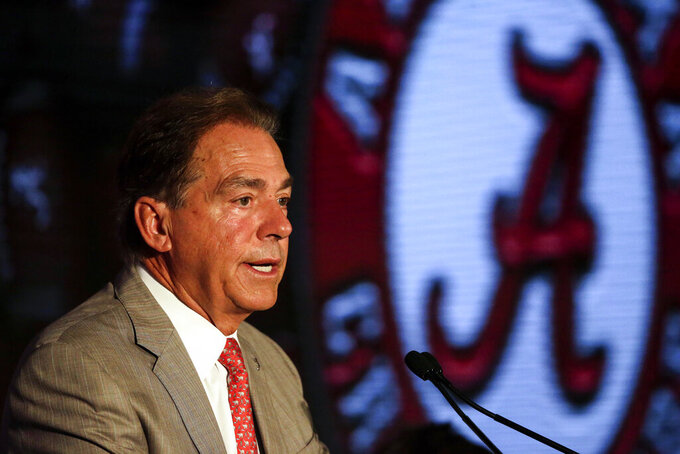 TUSCALOOSA, Ala. (AP) — Alabama coach Nick Saban will make $11.5 million in the final year under a new eight-year contract that's worth at least $84.8 million.

The university released details Monday of Saban's previously announced deal, after the board of trustees' compensation committee formally approved it.

Alabama is coming off another national championship season, including the second perfect record under Saban. His record seventh national title — including a BCS crown at LSU in the 2003 season — broke a tie with former Alabama coach Bear Bryant among FBS coaches.

Trustees also approved a number of other coaching contracts, including:

By John Zenor 9 minutes ago
By Pete Iacobelli 2 hrs ago
2 hrs ago
By Ralph D. Russo 6 hrs ago
By Ken Powtak 19 hrs ago