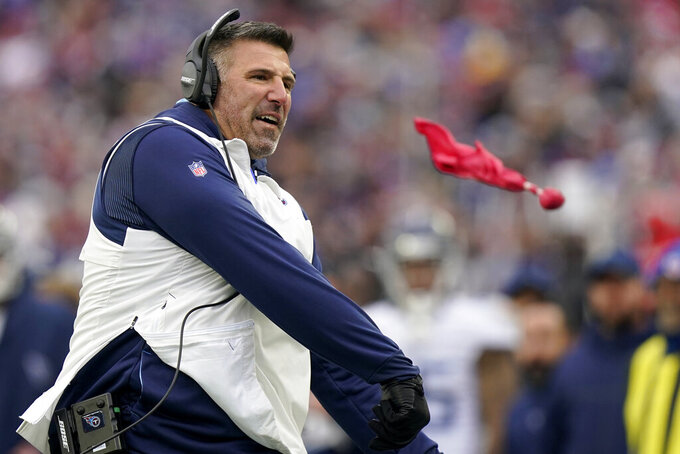 Vrabel was only about 90 seconds into the session when he was asked to discuss the skill set of Cunningham, whom he coached in Houston and was claimed by the Titans off waivers on Thursday. Vrabel had been asked twice about Cunningham and stated both times that he would talk about him next week.

Cunningham will be inactive against the Jaguars because he can't clear the NFL’s COVID-19 protocols in time to play Sunday.

“This is ridiculous. Tell them who’s out,” Vrabel said while using an expletive before walking off and instructing media relations director Robbie Bohren to announce the players who would miss Sunday’s game with Jacksonville. “This is so stupid, it’s a waste of my time.”

Vrabel was asked initially about Cunningham being claimed off waivers.

“We’re excited to add him to our football team," he said. “We’ll talk more about Zach next week. He won’t be active for the ballgame.”

Asked a follow-up question, Vrabel repeated his response: “We’ll talk about him next week. He won’t be active for the game.”

Vrabel fielded questions on other topics after that statement until the subject reverted to Cunningham, leading to Vrabel.