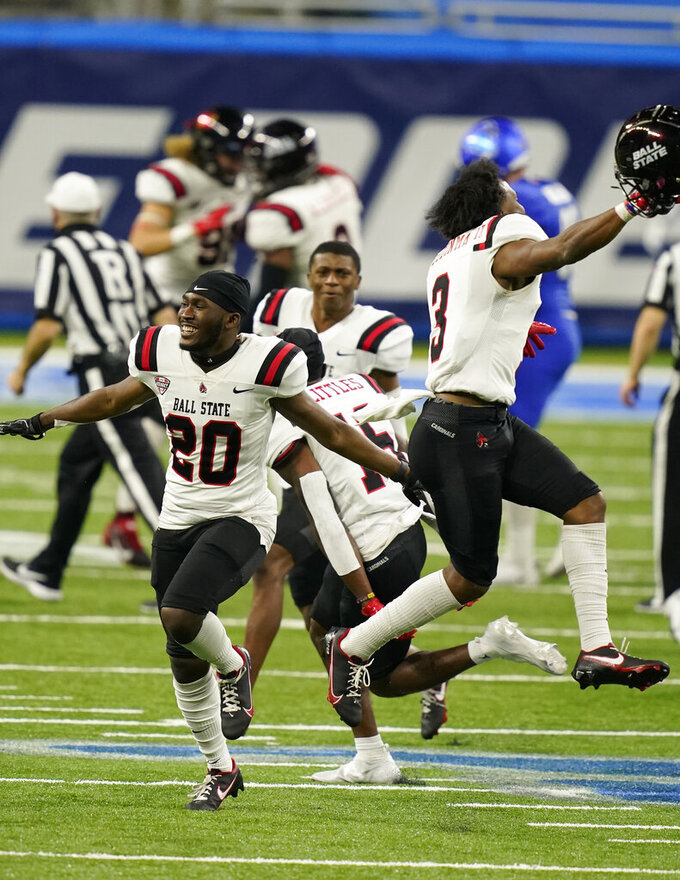 Ball State: The Cardinals won their first MAC championship since 1996, the year before the title game originated, by beating Buffalo 38-28. A six-game winning streak carried them to their first winning record since 2013.

San Jose State: The Spartans are one of the biggest stories in college football this year after making an unbeaten run to the Mountain West Conference championship. They were forced to play three straight games out of the state of California due to the coronavirus pandemic, including a 34-20 win over Boise State in the title game in Las Vegas.

This story has been updated to correct the kickoff time and San Jose State's overall bowl record.