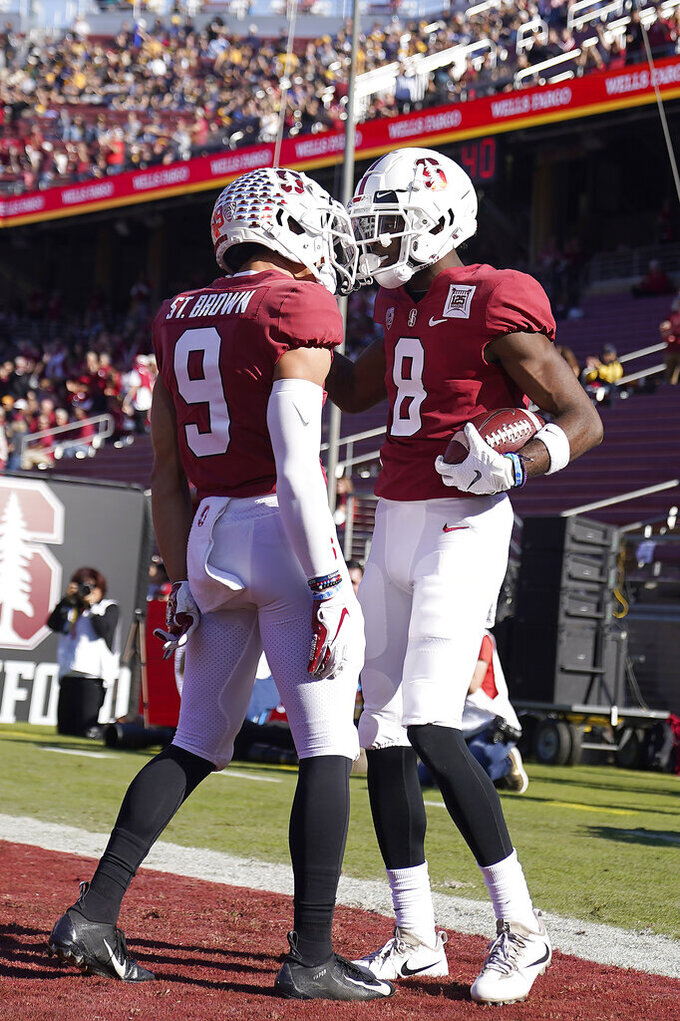 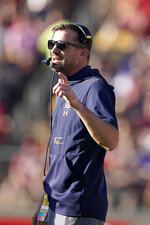 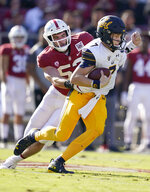 STANFORD, Calif. (AP) — It took nearly a decade, a heads-up play by oft-injured California quarterback Chase Garbers and one final stand by the Golden Bears defense to make it happen.

The Axe is headed back to Berkeley.

Garbers scored on a 16-yard scramble with 1:19 remaining in the fourth quarter, lifting California to a 24-20 win over Stanford in the 122nd annual Big Game on Saturday.

“We finally got it back,” Garbers said of The Axe, which has been in Stanford’s possession since 2009.

Garbers, who was knocked out of last week’s loss to USC, passed for 285 yards and a touchdown and ran for 72 yards on 13 carries. His final run came after he overthrew Nikko Remigio in the end zone and helped the Golden Bears (6-5, 3-5 Pac-12) end a nine-game losing streak to their San Francisco bay rivals.

“I was just excited I had a rushing touchdown” Garbers said.

Garbers wasn’t even cleared to play against Stanford until late Thursday evening. He had suffered an upper body injury a week earlier against USC and was held out of all contact drills in the days leading up to the Big Game.

“Gutsy, tough,” Bears coach Justin Wilcox said of his quarterback. “To make the throws that he made on the last drive and then the scramble for the touchdown, those are huge plays. I think people are going to be talking about that drive for a while.”

California fans stormed the field after the game, forming a blue-and-yellow sea on the floor of Stanford Stadium.

“To be able to get a win, get the axe back and what that means to the players and our institution, it’s a big deal,” Wilcox said. “To get bowl eligible and have a chance to win a bowl game, it’s huge for our program. To get the both at the same day is special.”

The Bears forced two turnovers and stopped Cardinal running back Cameron Scarlett on a 4th-and-1 play to seal the win. The play was reviewed and upheld.

“To lose the axe after nine years is a tough pill to swallow,” Stanford tight end Colby Parkinson said. “This next week will be all about our character.”

Davis Mills completed 26 of 35 passes for 283 yards and one touchdown for Stanford. Mills was intercepted twice.

The loss essentially ends any hope Stanford has of making it to the postseason. The Cardinal have been to a bowl game each of the last 10 seasons.

“This was Chase Garber’s game,” Cardinal coach David Shaw said. “We couldn’t stop him. Athletic quarterbacks have been difficult for us all year. He makes a difference with his legs.”

Stanford took a 20-17 lead on Ryan Sanborn’s 44-yard field goal with 2:23 left in the fourth quarter. Sanborn earlier made a career-best 48-yarder.

When California huddled for the final drive, Remigio delivered an impassioned plea to his teammates.

Garbers had an up-and-down afternoon against a Stanford defense that was credited with three official sacks but danced away from the pressure to keep plays alive.

Remigio repeatedly came up big for the Bears and finished with nine catches for 157 yards and a touchdown.

Scarlett scored a touchdown for Stanford despite his feet never landing in the end zone. Scarlett dove over the goal line from a yard out and landed in the arms of several of his teammates who carried him while celebrating the score.

Cal’s Greg Thomas kicked a career-long 49-yard field but had a 38-yarder blocked just before halftime.

California: The Bears looked like they were headed for another disappointing loss before Garbers bailed them out. It was a big lift for both Cal and Garbers, who has been in and out of the lineup because of various injuries. They did it despite an uneven day by their normally stout defense.

Stanford: The Cardinal defense played pretty well until the final drive but ultimately it was the offense’s failure to get into the end zone and having to settle for a field goal that decided things.

REMIGIO’S BIG DAY: Remigio had never caught more than five passes in a game before scorching Stanford’s defense all afternoon. Afterward, an emotional Remigio celebrated on the field with his family. “I was sitting there crying like a baby,” Remigio said. “I just wanted to find my brothers and my parents. It was an indescribable experience. I’ll never forget it.”

California: Plays at UCLA on Nov. 30. The Bears have allowed the Bruins to score 30 or more points in six of the last eight games between the two.

Stanford: Hosts No. 15 Notre Dame on Nov. 30. The Cardinal have won three of the last four games between the two teams, although the Irish picked up a 38-17 victory last year.