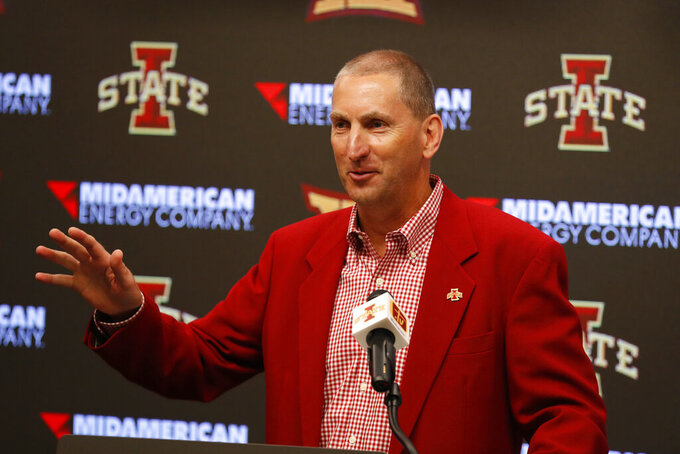 The COVID-19 pandemic was expected to cause operating revenue to decrease from $90 million to $43 million and, after cost-savings measures, leave the department with a $35 million deficit.

Pollard said the ability to have limited fan attendance at most home football games generated an unexpected $8 million and, along with other savings, cut the deficit to $25 million. The shortfall will be paid off over 20 years, he said.

A $90 million sports performance center with new football locker, meeting and academic areas and a dining facility for all athletes are on track to open this spring and be fully completed by the fall.

Pollard said he will go to the Board of Regents next month to get approval to begin the Gateway Pedestrian Bridge project, which will develop the area between Jack Trice Stadium and Hilton Coliseum.

Two donors put up $5 million apiece for the bridge. In addition, a parking lot for 300 recreational vehicles and other new parking areas are planned and will be paid for with private dollars. Completion of the bridge project and parking lots is set for fall 2022. An arts and entertainment district are planned for the area sometime after that.

Pollard also announced there would be a price increase for football season tickets, with student tickets going from $150 to $175. Most season tickets in general seating areas will increase $50 to $75.