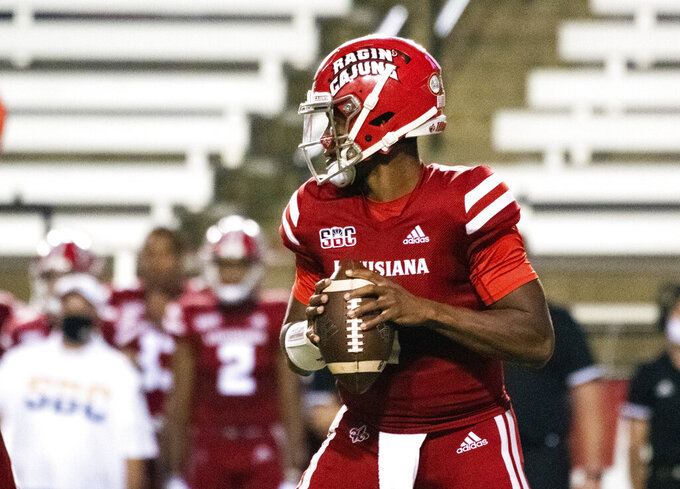 Louisiana-Lafayette can clinch the Sun Belt Conference West Division for a third straight season with a victory. The Ragin’ Cajuns also must win if they want to remain ranked nationally and improve their candidacy for a more prestigious bowl. South Alabama can pull even with first-place ULL in the loss column in the standings.

South Alabama QB Desmond Trotter against a ULL pass defense that has recorded multiple interceptions in each of its past three games and is tied for the Sun Belt lead in interceptions this season with 10.

Louisiana-Lafayette: QB Levi Lewis has thrown for 1,628 yards this season, the most in the Sun Belt and 17th most nationally.

South Alabama is looking for its first win in the state of Louisiana since defeating Tulane, 41-39, in New Orleans on Sept. 7, 2013. ... The Ragin’ Cajuns have won four straight contests in the series after the teams split the first four matchups. ... Each of the last six games in the series have been decided by 10 or fewer points. ... Louisiana-Lafayette is 10-0 all-time against Sun Belt West Division teams under head coach Billy Napier. ... The Ragin’ Cajuns scored have scored 20 or more points in 15 straight games and have won 13 times in that span. ... The ULL defense has multiple interceptions in each of its past three games.