No. 13 Wisconsin hosts No. 18 Iowa after back-to-back losses 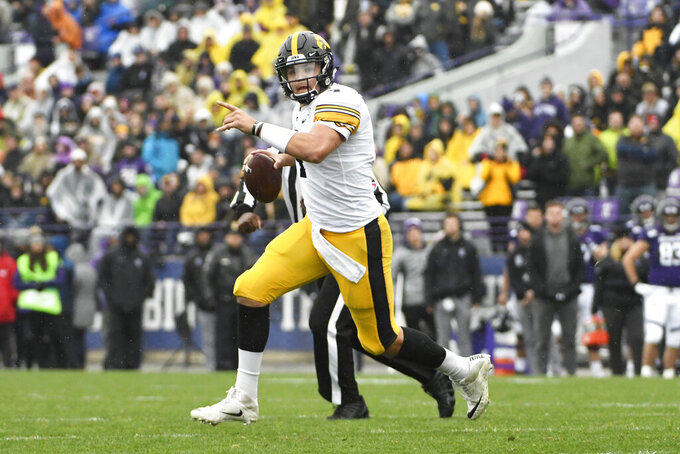 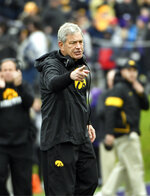 Iowa looks to capture its third straight win and first signature victory of the season. The Hawkeyes are winless against ranked opponents this season. Wisconsin looks to stop the bleeding after back-to-back road losses at Illinois and Ohio State. The Badgers have to win out if they're going to have any shot at the Big Ten West crown.

Iowa's defensive front vs. Jonathan Taylor. Taylor was a legit Heisman Trophy candidate before Wisconsin dropped two straight and the junior running back had a season-low 52 yards on 20 carries against Ohio State. But Taylor is still averaging 126.1 yards rushing per game. He will face a defense that has surrendered only 10.1 points per game, the lowest average in coach Kirk Ferentz's 21 seasons at Iowa. The nine touchdowns the Hawkeyes have allowed this season ranks in a tie for second in the nation with Penn State behind only Ohio State's six.

Iowa: Quarterback Nate Stanley. The 6-foot-4 senior has thrown for 1,950 yards and 10 touchdowns this season. Stanley has 62 career touchdown passes, which ranks second in program history. Chuck Long is first with 74.

Wisconsin: Quarterback Jack Coan. The junior has thrown 10 touchdowns against two interceptions this season, and has completed 74.5% of his passes, which ranks third nationally. But Coan had a season-low 58.8 completion percentage against the Buckeyes.

Wisconsin has won six of the last seven meetings with Iowa, dating to 2010. ... Iowa has four shutouts in its last 11 Big Ten games. ... The Badgers have outscored the Hawkeyes by a combined margin of 83-40 during their current three-game win streak in the series. ... Taylor has run for 5,180 yards in his career, second in program history behind Ron Dayne's 7,125. Dayne, who will be honored on Saturday, broke the FBS career rushing record vs. Iowa on Nov. 13, 1999.